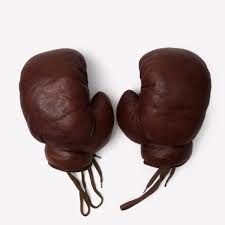 Let me start off by saying that I love boxing. Loved it since Hearns KO’ed the great Roberto Duran in the 80’s. It was my introduction to the fight game and it couldn’t have been a better one.  Every era of boxing has had “the” fighters that people loved to watch, oddly enough, Oscar De La Hoya was one of those fighters. With a resume of fights that would rival the fighters of the 40’s and 50’s, when the best fought the best, Oscar kept the sport at its peak. I don’t remember Quartey fighting Trinidad at 147 or Miguel Angel Gonzalez fighting Chavez at 140. Oscar fought 22 previous world champs, not fringe belt holders and not counting IBO holders, even though the belt still meant something back then, and won a majority of those fights. Oscar has 45 total fights, half against named opposition, real opposition, current and former champion opposition, very few people can say that nowadays and he did it cleanly, meaning no steroids. So, when one of his fighters comes up dirty, twice, I’m scratching my head on how Golden Boy can let this happen. Alvarez was never one of my favorite fighters but after he destroyed Kirkland in 3 rounds he became a must watch fighter. Now I’m starting to think back on his career with this controversy and oddly enough, nothing stands out as when he had that moment where his KO’s started to come in bunches.

Kirkland was already a shot fighter and had been exposed by Ishida prior as well as being on rubber legs with Angulo before Angulo ran out of steam and got steam rolled. No, there is nothing in Alvarez’s background that suggests he was a cheater. He doesn’t seem like a dirty fighter but by testing twice for clenbuterol, according to VADA, who I believe are telling the truth, it makes someone wonder how, what, how??? Know what I mean.

The positive test dates were the 17th and 20th of February. I don’t know if VADA informs the fighters right away, meaning the same day of a positive test date, or if they have to analyze the blood and the test results come at a later date. If Canelo is telling the truth and VADA doesn’t inform you right away, then, yeah, tainted meat could definitely be the problem. I mean, when you go to the butcher, you just don’t buy one steak, you buy 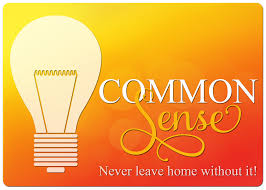 enough for a week, at least a couple of days, and obviously the tainted meat would come from the same source or same batch so the fact that Saul tested minimally within a couple of days makes sense. It still taints the fight a little and you still wonder, that annoying itch in the back of your head, if he cheated. My personal opinion is, I don’t have the slightest idea. GGG thinks that he did it deliberately but that is mind games and the fact that his hardest fight to date was Canelo, so of course, Gennady looks over the first fight and sees how he was semi-exposed by a younger fighter and he immediately comes to the conclusion that, with the latest allegations, Canelo was doping. If he was or if he wasn’t, we’ll probably never know. What we have to do is let the NSAC do its job and come to a conclusion.

I hope it was just an accident, I have no clue. The reason laid out by Golden Boy seems reasonable. I’m sure the investigators will come to a proper conclusion and the NSAC will give a fair trial and have just decision. I know that GGG feels a little bit like that the NSAC is playing favorites, after all Golden Boy is a big Promoter and Tom Loeffler, K2 Promotions, can’t really match their weight. Gennady’s concerns are justified but he has to trust in the decision the NSAC comes up with. I thought Golovkin won the first fight and I think he will win the second fight, as my son would say, Canelo “doesn’t know the way”, at least not with GGG anyway.