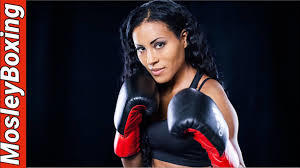 Former welterweight champion Cecilia Braekhus lost  in Tullsa against a very game fighter Jessica McCaskill. Congratulations to McCaskill. It was a very electrifying fight that saw the challenger come out ahead. Braekhus didn’t seem to have her feet/legs under her. She lost her bid to take over Joe Louis’ record for most title defenses. Her mistake was fighting in the USA because of the electrical atmosphere that creates home town waves. She should have fought in Europe and I’m sure given the even electrical atmosphere, she would have fared a lot better.

The betting odds were probably paying out big to some few electricians.

Congratulations to David Benavidez, who scored an 11th round stoppage of Roamer Angulo, a fighter that has never been stopped before. Benavidez showed maturity beyond his years in making Angulo look like he did not belong in the same ring as him. Benavidez addressed the issue of not making weight, which he said he felt might have been unprofessional but given the current COVID-19 pandemic, his record, his maturity, we can honestly say that these things happen. Boxing, especially training is exponentially more difficult so making weight or coming a little bit above is something that can reflect the current times. For Benavidez, who I feel is the best boxer at 168 currently, it actually might be a blessing in disguise. Most boxing organizations don’t recognize champions in their ratings, making it more difficult to have the best fight the best. Well, now, Benavidez, with no belt, will definitely be a mandatory challenger for people like Jacobs, Smith, Saunders, Plant and even Alvarez. It might seem funny but he might make more without holding a title belt.