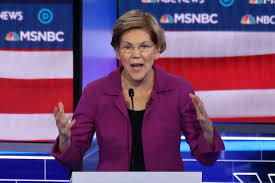 The debate was 2 hours but it felt like it was only 30 minutes. After the opening bell, I paused it, got my traditional boxing snacks, and went back to watching it. It was a battle royale. I heard some people on stage say that after this debate that the Demos wouldn’t be voting for any of them but I disagree. I think this is the opening salvo to what the general election is going to be like and to my surprise, the person that I thought would most likely wither in these types of harsh, in your face, toe to toe, mano a mano slug debates was the one that came out the clear victor. Sen. Warren was straight out of the ‘hood, you know the Senate ‘hood, but nevertheless, went straight gangster (more Ma Barker less Rick Ross) on her opponents and they seemed shell shocked. It was brutal. Don’t listen to anyone, while I expect this not be the norm, it’s good practice to what you will face with your opponent. So if you got rattled and couldn’t take the heat, as the old saying goes, it’s time to get out of the kitchen. The Demos actually showed something in this debate, more to the point, Elizabeth Warren showed something, her spine is made of that same stuff they build the Space shuttle with and the Demos needed to show that, they needed to show they have uumph or is it oomph, good debate. Good luck on Super Tuesday to all the candidates.

This type of debate only worked because it was unusual. If this becomes the norm, people would get tired of it quickly.