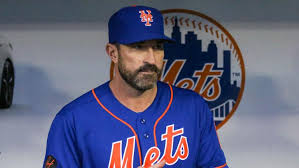 What is going on? Mets fans are asking for Callaway to be removed? What??? Do they think they are rooting for a nun softball team? Do they think that tempers aren’t going to run high from time to time? What Callaway did, while maybe not the best way of handling a heckler, and let us be honest, he was a heckler, I don’t think calls for the firing of Callaway. The Newsday reporter knows that Mickey’s head is in the guillotine and he is under pressure to win. The Wilpon’s have already made a meeting with Callaway known and that the meeting was about his future. While I wasn’t there for the exchange, I can assume, which we all know is a bad way to come to a conclusion, that maybe Mickey was taking the remark as a deliberate shot to his longevity and maybe the way it was given and whatever snide way it might have been said, that the Mets manager, after losing the lead due to a bad outing by one of his relievers, was already on edge. And we don’t know all the exchanges Callaway had with this reporter and maybe this reporter, as some have, has called for a change in managerial methods or maybe this reporter did nothing but was just there at the wrong place at the wrong time. Who knows what is going on except to say that the Mets have lost some heart breakers, but that’s on the players, not on Mickey, at least not for now. I say give the guy a break, let’s see how the Mets respond, because if they make they playoffs, everyone calling for his head, will be calling for his head on a bust to enshrine it. We still have another half of the season, let’s see what the outcome is before you start pulling your support. Plus, if you just watch the Mets to win, then you are watching the wrong team, wait, that came out wrong, what I mean is, I watch them because I’m a fan of the dog in the fight, how they hustle and how they try. I can honestly say that they are fighters and give you your money’s worth, even when they lose. They don’t quit. If you just want to see egos play, then the Yankees are right there for you with their high money, buy wins, mentality (I like the Yankees too). But if you want to see heart, all out effort, hustle and and can do mentality, then the Mets are the team.