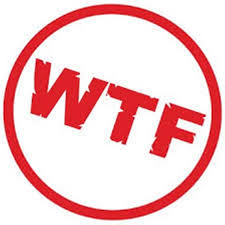 When I was in the military, I used to work as an SP (Security Police), that’s what the Air Force calls Military Police. While at work, I heard of a story about a pizza hut delivery person that delivered pizza to one of our dorm buildings, wasn’t quite military housing but it was better than a college campus. That delivery person would be arrested several hours later for ejaculating onto a pizza while he was HIV positive. The call came into our unit which was quickly referred to the local police and prosecutor’s office. How did the ladies find out? They called to say what a great job and how hospitable the delivery person was. He felt so guilty that he told them what he did. Names won’t be used, mainly because I don’t remember them and to save anyone any embarrassment. That individual, I’m gathering, was tried and found guilty of his crime. All I could say at the time was WTF! Oddly enough, not the worst story I heard while in the military. Big thanks for the reminder.