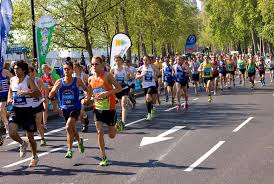 Everyone has a guilty pleasure. Mine was running. I used to love to run. Between the ages of 19 and 37, I used to run quite often. There were times where I would take months off, even close to six months, but I would go back and run a quick 5K. Anybody that used to run, that experienced that runner’s high, would know what I’m talking about. You would start and get your pace down, then after hitting that mark, the one where your side would start to bother you and push through it, you would start to feel the euphoria of the run. Your body would feel like it could go forever and your pace would even quicken. You had to be careful not to let it overtake you or that feeling would go away too quickly. You had to try and keep that pace, keep your breathing, keep your focus and look straight ahead. the music would get livelier and your heart would start to beat to the rhythm of the run. The longest run I have ever done was a little more than 13 miles. I would go 10 miles on occasions but mostly stick between to 5 or 6  miles every other day. Never ran a marathon or any organized run outside my work except for a run for cancer with an ex-girlfriend. I have since suffered some severe problems that doesn’t allow me to run at all. I tried to tell myself that I could do it anyway but reality has set in. The pain is too great and those days are now behind me. I miss them. I miss them a lot.

My fastest times, while not anything record setting were decent

I have done a mile and half in under 9 minutes

I have run 5 miles in under 40 minutes