EXPLICIT LANGUAGE AND DETAIL. NOT FOR MINORS READING.

How to start this topic? I guess I’ll start with my experience with the dreaded “a” word. When I was 17, I was dating this beautiful, at least to me, Peruvian American woman, she was a year younger, and we had a scintillating 3 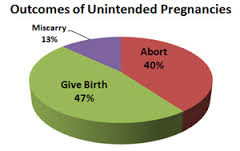 year relationship full of teenage drama and emotional roller coaster rides and  lots of sex. Janina, I’ll just use her first name to protect her identity, was my first love and my first lover. I met her at an Antioch, a religious retreat, when I was 16. We exchanged numbers and started a slow moving relationship that lasted through several small break-ups and one very scary moment. In the summer of 1988 or was it 89, in the summer of a long time ago, I sat with Janina, at her house, at the kitchen table. She had called me earlier, on a landline, cellphones back then were too expensive and texting was putting a note on a rock and throwing it through a window, and had stated that she needed to talk to me. She told me that she thought she was pregnant and that she was late. My heart started to beat fast and I stupidly said “but how” the first thing that came out. She just looked at me like I was a buffoon, “what do you mean how, you weren’t complaining while you were doing it” she raised her voice. Oh yeah. I was thinking to myself, this can’t be, I have so many things to do. I have to go to college, I have to get a job, I have to climb Mt. Everest. That’s it, I’ll climb Mt. Everest, she can’t find me there. “How about an abortion?” I asked her. I really did not want to be a dad. I was nervous and it was the first thing I thought of, after the Mt. Everest idea, that is. Which if you think about it….. no, that was a stupid idea. She said she didn’t know what she wanted to do, her first thought was to go live with an aunt in Florida, “an Aunt in Florida?”

We decided that we were going to go to Planned Parenthood to get a pregnancy test. She was old enough where she didn’t need her parent’s consent. After about a day of wondering, I got hold of a car and I drove her to Planned Parenthood where she entered and got a pregnancy test. I prayed that day. It might have been my most religious day of my life. Our father who ate in heaven, hollow be thy tree, thy kingdom come , so did I and that’s why I am in so much trouble. Please help. Amen. I waited in the car until she was done. She came out of Planned Parenthood and got in the car that I “borrowed” from my parents. She looked at me and my heart sunk, “pregnant aren’t you, shit, I knew it”. She said “No, I’m not”. My memory is fuzzy about what happened next. All I know is that the sun was brighter, the day was more beautiful, life was amazing, there was a God, for right now, and he answered my beautiful prayer. The problem with me is that I was young and did not know how to handle that situation. Time would take care of that problem.

Eighteen years later, in Elizabeth, N.J., the same exact thing happened. This time God must have had better things to do, because I used the same exact prayer that I did back than. Different woman, different result. Cata, abbreviated first name, told me and I said “Abortion?” and she gave me a look that would freeze the national debt and turn it backwards “or whatever you want”, I continued, ” I support you in whatever decision you make.” Different reaction. Time.

I Think I got more reliant on prayer then I did safe sex, but that is one heck of a prayer, if I do say so myself. Nine months later, I’m  a PROUD dad of a bouncing little person and I couldn’t be happier. The most AMAZING thing that happened to me in my life and one of the few things I would risk my life for without thinking twice. Truly a miracle.

So why are so many people against abortion? I was all for it until my child was born and then I was confused. At that time though, I was financially sound and had a really good job, that paid very well. I could afford the miracle, or surprise, better yet a Miracle Surprise. I was and still am extremely happy that Cata was the mother and was against having an abortion. But not everyone is or was as lucky as me, back then.

Money is a serious issue when thinking about having a child. Children are expensive. They want food and clothes and do this horrible noise when you don’t give them that stuff. And they grow!! So the clothes you just bought them, none are any good. Money down the proverbial drain. And you can’t just stretch the clothes to make them bigger, no, they rip. What a money maker for a business.

Then there is housing. You have to live somewhere. You could live with your mother and father but then you have grandma knows best situations which could be tricky. No, you really need your own place for your wife to yell at you for watching football while the little one is learning to walk and break lamps. And when you high five them for their achievement, there’s mom with her hands at her waist “Turn that TV off”, I swore that was my name.

Then there is doctor bills. Good jobs have sucky insurance, so sucky jobs have nothing. You spend and spend and spend. So why abortions you ask? Sometimes people are overwhelmed or not ready for the responsibility of being a parent. Then you have people calling other people that are on public assistance, deadbeats and parasites. So they say, I’m not going to be one, I have to abort, then those same people are at the abortion clinics calling you a murderer. You see the double edged sword of making people feel like shit. You chastise them for one thing and when they try to correct it, they chastise you for the other. You can’t win with some people. I call those people, People in dear need of a blow job. Or a good lay, I don’t want to gender discriminate. Or maybe a hot enema, you see, that’s gender neutral.

Pregnancies happen, even if you use protection. The only real protection from getting pregnant is abstinence. Let’s face it, that isn’t going to happen very often. You can try to teach your kids abstinence but they are going to wonder why and go do it. It’s hard decisions. You have to teach them safe sex, trust me on that one.

So, are you? A murderer? I have been lucky in my life to not ever have had to find out what it feels like to have had a girlfriend or wife who had an abortion, that was pregnant with my kid anyway. I’m telling you that prayer is 99% effective.

That did nothing to help me decide. When are we human beings? Is it at birth or conception or sometime in between? Some people say when the heart starts to beat and others say when you can live outside the womb. I say I’m not in the position to decide, Thank God, again. But I do have an opinion. I am a christian, if I am any religion. And the good book says judge not unless ye be judged or judge not unless you are a judge and there is a jury present or just stop judging people. If you have to make a decision of aborting because your situation is that you have no support, no money and that the child would be lost in a state institution and you would rather it be in heaven, believe me that might not be a bad choice. And if you decide to abort, then I say to you that God will judge you at the pearly gates and you will answer for what you have done, but I’m not going to judge you, neither here or ever, because I’m not him and it’s your choice.

And I’m sure you will go through your own personal hell after having your first kid and thinking back to the last abortion, hopefully only one. I strongly believe that God is pro choice because he wants to be the one to send you where you need to go and also because he gave it to us, choice, the only animal alive to have that power. That’s if you believe in creation and not in evolution. I am 50/ 50 when it comes to religion, and just in case I am wrong, I can show God this article as proof, if it ever comes to that. You see God, I believed in you, half of the time.

Now if you thought God is going to send you to heaven after you read that last paragraph, then good for you, I hear God is forgiving if nothing else, but if you thought hell, then you are feeling guilty and there is really nothing left for me to do to you that you aren’t doing to yourself.

My thought is that anyone thinking about an abortion should have a class before aborting, just non-medical emergency abortions, and be forced to volunteer at a pediatric clinic, then if you still want to abort, it is your choice. It actually may be the more humane thing in certain situations, I really don’t know.

I’m calling my child right now and telling him/her that I love him/her, my child is just one gender, just in case you are worried with my statement. I just don’t want you to know which one, that’s sexist.