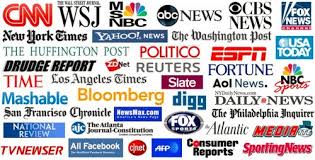 There’s a lot of to-do about a comment that the President might or might have not said.  There’s certainly, and with good cause,a reason for the Demo’s to question the motives of the statement. Politics, as you have seen for the last 10 years, is about waiting and stomping on any off the cuff comment that might give you seats in the upcoming elections. I don’t blame anyone for the questioning of the remark but it sure did put a halt on good legislation while we’re analyzing “shithole countries”. Well, I have my take on that statement and that statement alone. I do it from a perspective of trying to see the neutrality of it and not being red or blue.

It is my opinion and my opinion alone that the President was criticizing these countries, if he actually did say it. The “countries” not the people. What’s the difference, plenty. How many times have we seen leaders of these impoverished countries get elected to office only to leave six, eight, ten years later with a bank account that has set them up for life. They’re now living in France or Spain or England or the U.S.. I’m not saying that the current leaders of these countries are embezzling but past leaders have. It is my feeling that he might have been criticizing the leaders of these countries, past or present, more than the people of the country and from a business stance, the actions that lead to extreme wealth to leaders while leaving the people impoverished, makes no sense. Had he said shithole people then there would have been no doubt but he didn’t.

I find it hard to condemn someone as a racist without it being 100% certain, especially an elected leader of a multi diverse nation like ours. I would hope that being a racist would be grounds for impeachment and dismissal from the highest office our country has to offer and/or for any publicly held office for that matter. The problem is that I have been called a racist. It didn’t matter that my wife was Colombian, my son half Colombian, my closest friend growing up was Puerto Rican, my closest friend in the military was white and my closest friend in the Border Patrol and who I asked to be my best man at my wedding was African American. So, with that being said, before I start calling someone the R word, I want to be absolutely and without a doubt in my heart sure that he or she is. Still, shithole countries is not very politically correct but the statement was said behind closed doors, I’m sure other Presidents have let their guard down and used colorful language before, to what extent and at whom, I don’t know. I don’t know how the President meant that comment, if he did say it, but that’s my take, for now.

What I do know is that this might have a chilling effect on any closed door meeting or bipartisan gathering in the future. I applaud the elected officials that stood up against the comment but from a logistical point of view I don’t know if it will play out right in the future. I might have put that card in my pocket for future use or maybe it was right to be transparent, again, I don’t know, only time will tell, we’ll see. One thing is for sure, there are some very stand up people in the Senate, on both sides of the aisle, willing to stand up to a remark that they do not quite agree with from the most powerful person in our country, good to see.