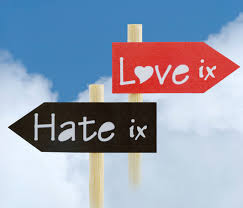 The United States Congress defines a hate crime as a “criminal offense against a person or property motivated in whole or in part by an offender’s bias against a race, religion, disability, ethnic origin or sexual orientation.” The following facts and figures are from the Federal Bureau of Investigation’s 2012 annual hate crime statistics report.