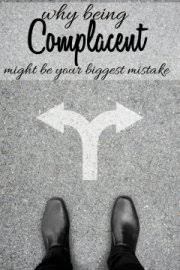 “I once joined a hate group, we hated stupid, there was a lot of infighting”

There is an ever growing movement to defund the police. This should scare the hell out of all law enforcement around the country. It’s a reaction to people that are seen as the enemy in some neighborhoods. Being former law enforcement, I understand both sides of the story. There is an adversarial relationship between law enforcement and its citizens but it doesn’t have to be that way. When I worked with the Border Patrol, I saw the illegal citizens coming into the country as my customers, much like a retailer would see a shopper. I treated them that way because they kept me employed. Sounds strange doesn’t it but that is the view I had of them. I would go talk to them sometimes prior to them crossing over and ask them if they needed any water or just to talk to them to find out their story. I would spend an hour sometimes just talking to them. Most of the time they wouldn’t try and cross after we talked but if they did, they wouldn’t give me a hard time when I caught them. And like a good customer service person, I understood their needs and what they wanted, even though I couldn’t really let them have it, in this case entry into the U.S.. But the fact that I took a little time to know my customers, their names, their story, made things easier. It also helped that I spoke their language, being hispanic, and understood where they were coming from, in terms of their hardships. Community policing, which means actually interacting with the community, would help a ton in alleviating the mistrust. I rarely had a problem with my customers and knew them pretty well and treated them like I would like to be treated. While I agree with some of the steps that they want to take; mandatory body cameras and audio feeds, diversity training, implementing a non lethal police squad for community relations policing, lowering court protections for police wrongdoers; I also don’t feel like defunding the police significantly is going to help. And this goes both ways, because the years of mistrust is on both sides, so the community have to talk to the officers, and remember that they have kids at home and that they like to drink a beer and watch sports or go to the beach and hang out. Until a better plan is put in place to rid the country of crime, because there is going to be crime, then what we have to do is engage both sides into real discussions on how best to come up with an equitable solution so we don’t see each other as the enemy.

“All lives cannot matter unless black lives matter too”

I wish I could take credit for that but I read it on a church sign in Cranford, NJ.

Colin Kaepernick kneels before the flag, symbolically, to honor the fallen black lives that died tragically in what he perceives as unjust law enforcement by some. He was ridiculed. Soldiers kneel before the flag to honor their fallen comrades who died tragically in foreign wars, they are seen as humble. I see no difference in either stance. Maybe the question should be, why are you standing up…. 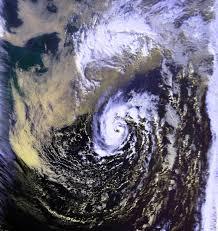 Every one heard of the perfect storm theory. It’s definition is a particularly bad or critical state of affairs, arising from a number of negative and unpredictable factors. You have a pandemic that forces everyone inside and is killing loved ones, you have a senseless killing of a human being due to his race, and you have an economic meltdown. My bet is that you won’t see something like this for another thousand years. It’s definitely something you will see in the history books. It’s make or break time for our leaders. This is not a criticism of anyone. It can be an opportunity to show real leadership or it can be career ending if you falter.

Can’t believe we’re having this conversation again. Kneeling. I wonder if when these people go to church and the priest, pastor, rabbi’s, iman’s and all other religious leaders ask you to kneel before God, do you tell them “fuck you, I’m not disrespecting God” or do you just take a knee.

I’m of the belief that kneeling is not disrespectful but symbolic. Staying seated so you don’t spill your beer might be disrespectful, depends on the beer I guess. Budweiser you better stand up, Corona, you might get away with it.

We may not all agree with the Iraq invasion, but G W Bush was above board in the civil rights movement and policies he implemented. This makes me feel like CNN is not being objective unless this is an opinion piece. I don’t think the former President deserves to be ridiculed.

I understand the frustration, believe me I do, but by giving away the upper hand by looting and destroying your neighborhood isn’t the solution. When those initial emotional frustrations wane off, you’re left with a destroyed neighborhood that might have businesses that might reopen or decide not to, creating a big economical problem for your town and your family, creating a cycle of poverty and even worse conditions for yourself. Some of those businesses might even be minority owned or mom and pop shops that might never reopen. This would bring less revenue in the form of taxes for your school and betterment. I say you skip the looting and destruction and if you feel that the law or society is not giving you what you pay for in your taxes, then, as a group, stop paying them, taxes. Lets see how fast they fix the system then. Pretty damn quickly. You have to protest smart not loudly and violently. The looting just hurt you even more, but if you protest smart, pay or in this case don’t pay for services not rendered, then you will get more of a resolution and change. In my opinion.

Remember these signs. Had to have a shirt and shoes. The new one is going to read shirt and shoes and mask but still no mention of pants. I guess those are still optional.