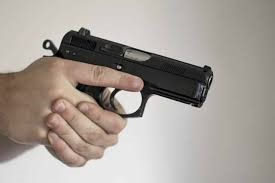 No deaths occurred on my shifts or anything I was protecting

No complaints of excessive force

One accommodation for restraint

Around 1,000 arrests, mas o menos (mostly in the Border Patrol)

One whistleblower complaint about a terrorist plot prior to occurring, that would eventually occur

One goof up, when I lied about where I met my wife, which, believe it or not, is a 10 year federal sentence. Luckily, the statute of limitations expired on Aug. 30th, 2020, hence why I can now post this.

When I retired, I was deemed a threat, Red Flagged because of my training, same training as everyone else but they chose not to prosecute for the illegal entry, so they weren’t that worried about me being a threat

All that sacrifice just to end up homeless because some college kid  that had his parents pay for everything, that the only thing he ever risked was a divorce when he woke up on the wrong side of his girlfriend’s bed when his wife called him to ask him where he was and decided to take it out on me.

All that and I didn’t even like the job, I was kind of forced to do it because I couldn’t afford college and I didn’t want to be a clerk.

Can we have justice for Enrique “Kiki” Camarena.

I just want to note that all this information has been leaked previous to my disclosure.