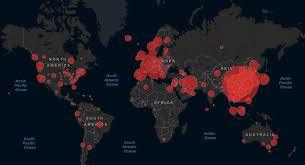 With the pandemic ravaging our community, every armchair economist has a plan that would be better than what the current plan is. Two trillion dollars seems to have made little progress in reviving the economy nor have the $1200 monthly checks being sent to homes. Some of the funnier ones were to use the money to buy everyone military grade gas masks or to use them for human bubbles. I can see someone on the shore being blown out to sea. Some others made sense. To freeze everything. No payments for anything and use the two trillion to pay grocery stores for food for people, obviously the grocery stores would have to show a receipt and allow shopping once a week with $100 max for a single person and increment by $40 per household member, and use the stimulus to pay utilities, capping how much the utility and cable companies could charge. You freeze mortgage, rent, car and other non essential payments and when this is all over, just restart them. Also freeze firing people or layoffs and freeze non essential businesses, like selling cars or whatever. Just completely halt everything non essential. This would also help with the quarantine and should help with saving money or using the full stimulus package prior to the pandemic being overcome. But that would have to be a plan that would have been in place already. Once this all over, maybe they can put a contingency plan in place, and be ready for SARS 3, the return of the Sith virus.

I will say, that if there was a national medical insurance, Bernie Sanders love baby, that card could be used as a debit card when buying groceries for the above mentioned solution. It would act as an “in case of national emergency” card. I know that the conspiracy theorists and these minute militia crazies would say it would be a way for the government to keep track of you and I would tell them that Darth Vader told me that the Guardians of the Galaxy wouldn’t allow it or Cinderella would get pissed off and beat up Snow White and take the dwarf’s AR-15’s while the tooth fairy takes all the teeth, not just the one under the pillow, in France. So we’re good.

Since the latest news that a re-emergence of the coronavirus may hit this winter, you would think that it is imperative to get a functional plan put in place to combat the health and economic outfall from its encore. The ability to suspend, or suspended animation, the country to withstand any potential pernicious outcome would seem the rational thought, yet no one has mentioned it. It would seem to be the smart thing to do is mediate any long term effects by just freezing everything. Only allow the necessary daily functions and make sure that no one loses a dime during the process, this is vital because when the country re-opens, their cabin fever will most likely have them go out and spend, and they have to money to spend, which would reboot the economy. The smart thing for the government to do for future pandemics is to have a fund set in place, in an account that garners interest on that money, so when a pandemic hits, they have those funds in reserve, the best place would be in the Social Security Administration, which already has those accounts in place.