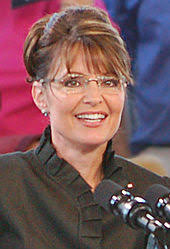 I have wrote about who I think has the best shot for the Democrats. If one of those people get selected, they’re going to need the right running mate. We all know how important good running mates can be, they can make or break your candidacy. For some candidates, the right running mate is vital, Sen. Harris, and for some they have some leeway, Sen. Sanders. I have my opinions,

Rep. Gabbard – Since she is a frog’s hair from being a Repub, which I like, her choice should be a person with experience, a little older and someone with whom the voters can relate. Tom Steyer comes to mind. Billionaire Dem who had political ambitions but never really put himself in. This might be the perfect opportunity for a grand entrance.

Sen. Harris – Since she comes from the most liberal State in the union, her challenges are going to be to win over some red states or even purple states. She would need someone to the right of her that can appeal to those states that are teetering at the fulcrum of red and blue. The person I have in mind would likely not be her choice but she needs a Repub turned independent. A person that shares most of her views especially on immigration, Former Senator Jeff Flake or Beto O’Rourke, a Dem from a red state. It’s an out of the box choice but one that will work out well.

Sen Gillibrand – Since she comes from NY, the toughest state in the country (by reputation), then she might want to keep that trend. If Sen Booker does not get the nod in the primaries, he would be a perfect fit for Sen. Gillibrand. Smart, born in D.C, went to college in California, represents NJ.

Sen. Sanders – If Bernie gets the nod, his running mate is easy. He has to pick a woman that’s tough, can pull in Repubs, and can handle a debate. Two women come to mind, Rep. Gabbard if she doesn’t get the nod or Rep Abigail Spanberger that just won in a red district. Both of these women have some amazing background stories that can  and will guarantee his victory.