Illegal immigration has been a problem for this country since some pesky Europeans decided in 1492 that they were fed up with life and were going to sail off the end of the world. Galileo told them that they were wrong, I think his exac 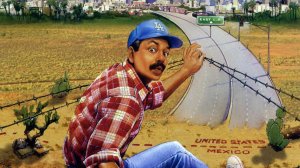 t words were “you’re wrong”, don’t quote me, I wasn’t there, for that you are going to have to ask Bernie Sanders, you get it, because he’s old, but still my first choice for Commander and Chief, even with his mid-afternoon naps. Galileo specifically said that the world was round but Columbus was so depressed due to Marco Polo’s discovery of noodles in China that he  headed west. Now, if you are saying to yourself that all these people were in different time periods, I say I’m a blog not CNN or FOX News, which means I probably have more accurate news. Now let’s fast forward to the present day.

Illegal Immigration in the present day is completely different from the swashbuckling days of yesteryear, wow, that sentence is too funny. Illegals no longer possess the names Smith, Achterberg, Sanchez (Spain), Bartlett or Hancock. they now are made mostly of Gutierrez, Sanchez (Mexico), Bedoya, and Flores. Most of our illegal immigrants come from Central and South America. According to the Department of Homeland Security, the estimates are 11.4 million unauthorized immigrants living in the United States, down from 11.5 million in 2011. Other sources put the number higher and lower, i.e. the GOP debate says up to 30 million and the DNC debate says what illegal immigrants. The top countries of origin are Mexico, El Salvador, Guatemala, Honduras and the Phillipines. You know what these countries have in common with us, they are all

democracies. They have Presidents and Legislations similar to ours. The follow our model of government to some point. Most are considered Flawed Democracies, meaning that their civil rights records are not up to par or, like Venezuela used to do, they would forget to add the opponents name on the ballot, oops, mi culpa. Venezuela aside, most countries try to hold fair elections. So what’s my point? I am wondering why our screwed up neighbors to the south send us so many of their wonderful people to visit us. Most illegal immigrants that I spoke with say the same thing, jobs, money, needing to eat, to visit Niagara Falls, the last one was pretty uncommon. They don’t have businesses in Central America. But how can that be? All my sneakers are made there, except for my New Balances which are mostly made in the U.S.A. So I look at my tags on my sneakers, this time with my glasses on and I see A-N-I-H-C. That spells Anihc? Haha, I have the tag upside down, C-H-I-N-A, That spells China, really it does. I was wondering why companies that were mostly innovated in the U.S.A. have their factories in an Authoritarian Regime? Aren’t we trying to stop the growth of such states and  flourish the growth of Democracies similar to ours, some of who are located on our southern border?

As a whole the European Union, made up of democratic governments, has the best GDP, Gross Domestic Product of any country conglomerate in the world. Singularly, as a single country and not a bunch of countries getting together to fudge the numbers while they play poker,  the U.S.A. is number one. Number two, and growing fast, is communist China, thanks to businesses that prefer making money over… I guess over not making that much money? Ok, reportedly the cost of doing business in China is a quarter of the cost of doing business in the U.S.A. That does not bode well for us in trying to retain businesses here. We all heard the argument of corporate greed and what not, right. I see the same old pictures of the same people picketing the big businesses on Wall Street and the only thing that changes is that the picketers get older while the guy walking to his office gets out out of a newer Mercedes. They get older, the Mercedes get younger. But this isn’t about some crazy picketer who is picketing the Cigarette companies in front of the Bank companies. No, this is a story of why aren’t we redirecting these companies to Central America, our neighbors that keep forgetting to put their opponents on the ballot (Just Venezuela)? 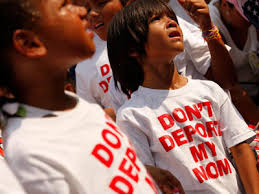 find jobs and make ends meat. Also the drug corridor and to boot the increasing influence of China, which is not located on our southern border. If we were to follow a model similar to that of the European Union, I mean we don’t have to become a Union, we can just live together until we feel like making that leap, we can fix those problems, I think. If our politicians were to start making deals with big business and the leaders of the Central American countries and try and move the manufacturing jobs to the southern countries, we could solve all of our problems in one clean swoop, ehh sweep, or is it swoop, in one try. Start giving countries tax breaks for doing manufacturing in a democratic regime and start a security anti-authoritarian hacking our government computer tax, we’ll just call it a SAAHOGC Tax, named after the first Chinese hacker, not really. If you give our friends from the Southern Border reason to stay in their beautiful countries then, I’m sure, they would love us for it and actually only come here to visit and spend their hard earned money, like we will train them to do. Once you build jobs, security will follow, meaning that running drugs will be frowned on by big business and therefore, the countries will actually do something about it because the bribes from the drug lords won’t match the money they make from manufacturing jobs.

And they will have to choose one or the other. Now, we aren’t doing this to be nice, no, it’s strictly self-interest. One analogy would be if I had a nice lawn and my neighbors lawns were full of crabgrass, weeds, (not the kind you smoke), dried out and infected with rodents, then I have the prettiest yard in a crappy neighborhood. Or if my lawn was nice and so were my neighbors, the you have a happy neighborhood. Let the next town over worry about their messy lawns, in this case, let Asia do their own thing and let us fix our neighborhood first. I know that sounds mean and uncaring, but I care, about taking care of us so we then can take care of others, if they need the help. I once dated a flight attendant and I asked her why wouldn’t I put the mask on my kid first and she said because you are the adult and if you pass out your kid isn’t going to be able to help you or anyone. So, we have our oxygen masks on, now let us help the person next to us, then we can help everyone else. We can help make them be profitable and fix these problems and have them help with our GDP by tourism and profit sharing, I mean who doesn’t want to visit Route 66, or you can just build the wall and hope those weeds don’t spread in our yard. I don’t know, maybe we can do both. But undoubtedly, it is up to the politicians to make this happen.