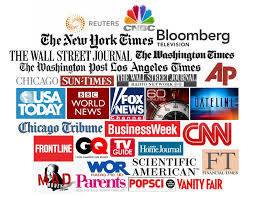 Wow! What a wonderful day. In recapping of some of today’s events, I get the joyous opportunity to say that all is going well, at least in the family department. Kids will soon be reunited with their parents and the President has graciously decided to re-look at his immigration stance. I know that some people will look for the smallest opportunity to find fault in it but I am ecstatic to see that he has some new advisers, the First Lady, and maybe has decided to get rid  or at least seek a second opinion on whichever adviser handed him the option of separating families. I don’t envy the President, as his job is by far one of the most difficult jobs on this planet and that goes for all previous presidents.

First Lady Mrs. Trump – Regardless of whatever jacket she was wearing, the focus was on her intent to make sure that these people were handled with care and love. I know some people will seize on the opportunity to find fault in the situation, I just can’t. Thank you Mrs. Trump, I wish I could tweet it but I don’t have twitter.

Media Outlets – In a previous article I mentioned the importance of newspapers and media. When they all get together, as they did, they are an extremely potent and powerful force. I say thank you to them for the professionalism and wonderful job they did covering the story and the positive outcome it has created.

The immigrating families – I wish you the best and I hope that all your dreams come true. Being torn away from your family is by far the worst thing someone can endure. My prayers are with you.

American people – To all you that raised a voice and made it sound like a bellow from  the Gods. You should be proud of yourselfs

The President – Deciding to change course is only wrong when it makes us weaker. Some might still deride you but I think it takes courage to reassess a plan and decide that it must be improved on.

The House and Senate – Thank you lawmakers for trying to expedite a reasonable settlement. To those that raised their voice and let their grievances be known, I say 2 to 6 more years for courage is what is needed. (Where applicable)

To all you ingrates that think that it was alright to keep this going the way it was. I don’t even wish that on you. Grow a heart and have some decency. I also say, glad you lost.