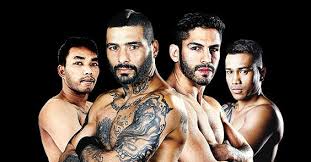 Fight night. HBO presents a twin bill of Linares vs Gesta and Matthyse vs Kiram.

In the first fight Jorge Linares fought a game challenger with a granite chin in Mercito Gesta. The fight was the most entertaining of the night as both fighters would at times stand in the pocket and look for the win with their thudding power. For Linares, it was about erasing the last fight’s split decision win and getting back to showing a dominant performance  to prove that he is the man at lightweight and so he can stay on the premium networks good graces and for Gesta, it was about becoming champion. What we saw was 12 rounds of give and take that led to Linares retaining the Lightweight championship. Linares hand speed and ring savvy proved too much for the game challenger who walked through Linares punches like he was walking in the park, enjoying a sunny day. Gesta, for his credit, never backed down and kept urging Linares to mix it up. In the end, Linares’ combinations and hand speed was too much. The fight would end with Linares’ hand being raised in a unanimous decision.

The main fight of the night was Lucas Matthyse vs. Tewa Kiram in a WBA welterweight championship. The fight started simple enough, the taller Kiram was peppering soft shots from the outside, maintaining a safe distance from the hard punching Argentine, Matthyse. Matthyse would get low and try and come inside to land to the body while slipping punches from the challenger who had 28 KO’s in his 38 fights. Matthyse was a little cautious due to the challenger’s record. You never know what real power the person in front of you has until you actually get hit with it yourself and his 28 KO’s made it seem like Kiram had some power. The fight was a cat and mouse affair for the first two rounds. Kiram was throwing quick shots from a distance while Matthyse was staying low and trying to land to the body, often missing due to Kiram’s movement. It wasn’t until late in the second round that Matthyse landed his first big right hand that had Kiram pawing at his face, seemingly looking if he had suffered a cut. When the third round began, Kiram started throwing hard meaningful shots to keep Matthyse off of him. Kiram didn’t want to get tagged again like he did at the end of the second round. Kiram now throwing harder shots and on his bike, it seemed it would only be a matter of time before he got tired and the Argentinian would land something. Anytime Matthyse landed some decent punches Kiram would hold. That would be the strategy for Kiram throughout the remaining rounds of the fight, hit and move and any time Matthyse made his way to the inside, hold for dear life. It wasn’t until the 8th round that Matthyse landed with a good 1-2 combination that would drop the Kiram to his back. The follow up barrage saw Matthyse land a hard jab or 2 punch, since it seems he was sort of in a southpaw position when he threw the punch, that would drop Kiram and end the fight. The fight itself was more of a technical fight until the 8th, when they were in each other’s range. Matthyse, still one of the hardest punching fighters in the game, showed that he still had a little left in the tank at age 35. Let’s hope for a big fight for the Argentinian, I think he deserves a big payday and maybe Spence, Garcia, Brook, Porter, or Thurman will give him that shot. If not, maybe Matthyse can drop to 140, a more suitable weight for him, and fight the winner of Garcia vs Lipinets.