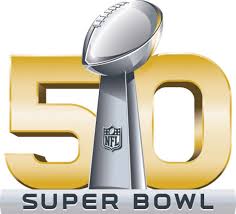 10 Fun Facts About The Super Bowl
Are you ready for Super Bowl Sunday?

As we approach Super Bowl 50, the hype is at an all-time high.

After all, the showdown between the Denver Broncos and the Carolina Panthers marks the 50-year celebration of the game. Prior to its Super Bowl name, the AFL-NFL World Championship Game of 1967 led to a victory for the Green Bay Packers and a merger of the two leagues.

From there, magic was made in the form of legendary match-ups, delicious treats, show-stopping half-time performances, and of course, legendary (cameo-filled) commercials.

There’s plenty of facts to share with friends who know little-to-nothing about the game. While you’re munching your favorite Super Bowl snack, here are some fun facts about Sunday’s game and the history of the sport.

1. The Use of Roman Numerals

Super Bowl III – New York Jets vs Baltimore Colts – January 12, 1969
The game between the New York Jets and the Baltimore Colts in 1969 was the first time the league used Roman numerals and the official “Super Bowl” name. The Jets went on to beat the Colts 16-7 and Joe Namath continued on a path that would eventually lead him to the Hall of Fame.

Washington Redskins v Carolina Panthers
Not everyone is a fan of the old v. new player match-up, but this year’s is quite hard to miss. The age difference between quarterbacks Peyton Manning and Cam Newton is 13 years. The gap is the largest in Super Bowl history, making Manning the oldest starting QB in the game’s history. Expect a little friendly rivalry between these two. In a recent interview, Manning revealed he isn’t big on dancing like Newton, but he respects the passion the 26-year-old has for the game. Who knows; if he scores a running TD, maybe we’ll get to watch Manning break out the dab.

3. Viewership Is Larger Than You Think

friends watching football on TV
Super Bowl games don’t include overtime and they never end in ties, but it doesn’t stop fans from tuning in. Nielsen reported over the last ten years (2004-2014) viewership has increased by 22.4 million. The most viewed games are from the last five years, surpassing the most watched program from February 1983 with 106 million viewers–the M*A*S*H finale. Super Bowl XLVIII brought in over 25.3 million tweets generated – between the game, Beyonce’s half-time show, and the ads. While many think football is a man’s game, women’s viewership has increased to an average of 50 million viewers, with females accounting for 46.8 percent of viewership.

Dishes of food at party
Everyone enjoys a good Super Bowl party, especially when there’s food involved. The event is the second-highest day of food consumption after Thanksgiving. Brands like Lays and pizza chains such as Domino’s, Papa Johns, and more sell millions of food for the big day. Guacamole has also become a fan favorite over the years. Approximately 100 million pounds of guacamole will be devoured by fans. Beer consumption has declined over the years, but it’s still one of the most popular beverages during the game.

Tony Dungy
While most fans are fixated on the players, the coaches are also widely celebrated and adored. For Super Bowl XV, The Raiders’ Tom Flores, of Hispanic descent, became the first minority coach to win the game. In 2007, Tony Dungy became the first Black coach to win the Super Bowl. The Indianapolis Colts coach competed against his friend and protegé Lovie Smith, making them the first two Black coaches to lead the game.

In another ironic twist, Panthers’ Ron Rivera and Denver’s Gary Kubiak are the first coaches to appear in the Super Bowl who were ex-NFL players since Mike Ditka and Raymond Berry 30 years ago.

Super Bowl 10 in Miami welcomed Up With The People, an organization who brought education and positive energy to the youth. The group was the first musical act to perform at the Super Bowl. One of the most legendary acts would come years later during Super Bowl XXVI, starring the late Michael Jackson. His show would set the precedent for flair and pop culture status, as acts like U2, Beyonce, Janet Jackson, and Prince hold up the tradition.

7. Super Bowl Ads Are Just As Enjoyable As The Game

Back in the ’60s, Super Bowl commercials would cost as low as $37,500. This year, advertisers shell out up to $5 million for a 30-second spot. The cost is 11 percent higher than last year’s commercials. Ads have generated a total of $2.19 billion in sales. Aside from its steady cash flow, ads have been implemented into pop culture for their controversy and celebrity cameos. From the infamous Budweiser and Coca-Cola commercials, to banned Ashley Madison ads that live on the web, each moment evokes tears of laughter or eye rolls at the small screen.

Tennessee Titans vs Oakland Raiders
Each game has generated new records for the sport. Jerry Rice has set the record for eight touchdowns, while the New York Giants and New England Patriots pulled off the longest drive ever (10 minutes) during Super Bowl XLII. Tom Brady holds the record for the most touchdown passes with 13, while Colin Kaepernick holds the longest touchdown run by a QB (15 yards) during Super Bowl XLVII against the Baltimore Ravens.

Carolina Panthers v Atlanta Falcons
We previously mentioned the age gap between Cam Newton and Peyton Manning, but the player’s sharp personality and skills make him one of the players to watch. The Georgia native is just one win away from being the first-ever quarterback to win the Heisman, National Championship, NFL MVP, and the Super Bowl. His match-up with Manning is also the first time the game will feature two quarterbacks who were drafted No. 1 overall. The Carolina Panthers have managed to beat the odds with Newton leading the team, but it wasn’t always this way.

At the start of the season, the Panthers were the worst team ever to start 11-0. Since the midseason, Newton became one of the league’s most accurate passers and deemed the second-most valuable QB. Only time will tell if he can come full circle.

The late Whitney Houston’s rendition of the “Star-Spangled Banner” has been forever remembered as the most beloved version ever. The Super Bowl XXV performance in 1991 came just days into the Persian Gulf War, helping the nation adopt a patriotic mood. The single went on to top the charts, a feat no other musical act has accomplished with the National Anthem. Houston and her record label donated all proceeds to charity at the time. When it was re-released during the September 11 attacks, the singer once again donated the proceeds to the victims’ families.

This year, Lady Gaga is set to sing the National Anthem.